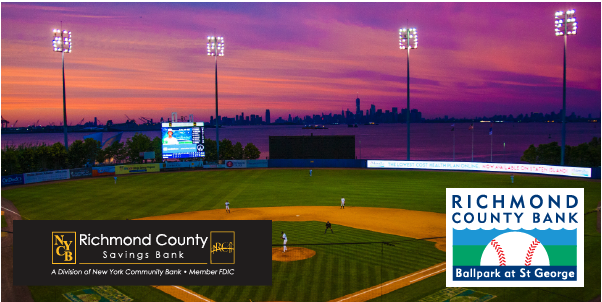 We have partnered with Staten Island Yankees to have our own picnic deck patio reserved for our group. 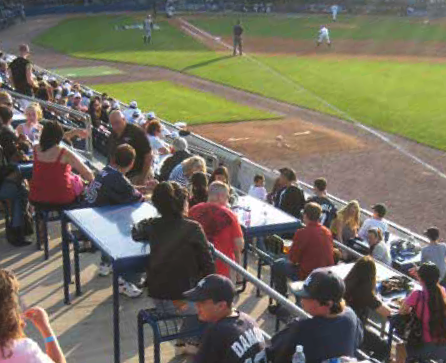 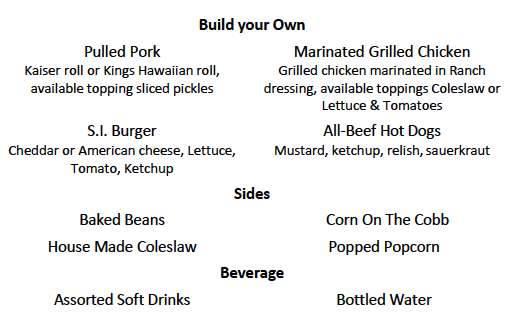 We will be given access to the field after the game for members of our group to take batting practice.

The game is on Sunday, June 24th @ 4PM
Buy Your Tickets Now!

Richmond County Bank Ballpark at St. George has served as the home of the Staten Island Yankees since 2001. Since opening its gates on June 24, 2001, the picturesque waterfront ballpark has been the proving grounds for future MLB stars like Robinson Cano, Dellin Betances, Brett Gardner, Gary Sanchez, and more. In addition to Minor League Baseball, the ballpark is also the home field of the Wagner College Seahawks baseball team and hosts a number of local high school and youth teams every spring.

Groundbreaking for the ballpark took place on June 8, 2000, after the New York Yankees and New York Mets made an agreement, brokered by then-Mayor Rudy Giuliani, that allowed the teams to bring a minor league affiliate to New York City. Since the opening of Richmond County Bank Ballpark, the Staten Island Yankees have had the fortune of a consistant naming rights partner in Richmond County Savings Bank, the only naming rights partner in the ballpark's history.

The ballpark currently sits in the center of the revitalization of St. George's waterfront with billions of dollars being put towards the development of the New York Wheel, Empire Outlets and other local projects. With the ballpark's location next to the Staten Island Ferry and the upcoming opening of these developments, Richmond County Bank Ballpark is primed to be a staple in the Staten Island community for years to come.

From Manhattan, Brooklyn, Queens and Long Island
Take the lower level on the Verrazano Bridge. Stay right to toll booths. Take the Bay Street Exit and follow school road to Bay Street and make a left on Bay Street. Follow Bay Street toward the ballpark and click here for info on the nearest parking.

Via Goethals Bridge (Exit 13 on the New Jersey Turnpike) onto Staten Island Expressway (278 East). Take 278 to Clove Road exit 13. Make left onto Clove Road. At Victory Blvd., make a right. Follow Victory BLVD until you reach Bay Street. Make a left onto Bay Street. Follow Bay Street toward the ballpark and click here for info on the nearest parking.