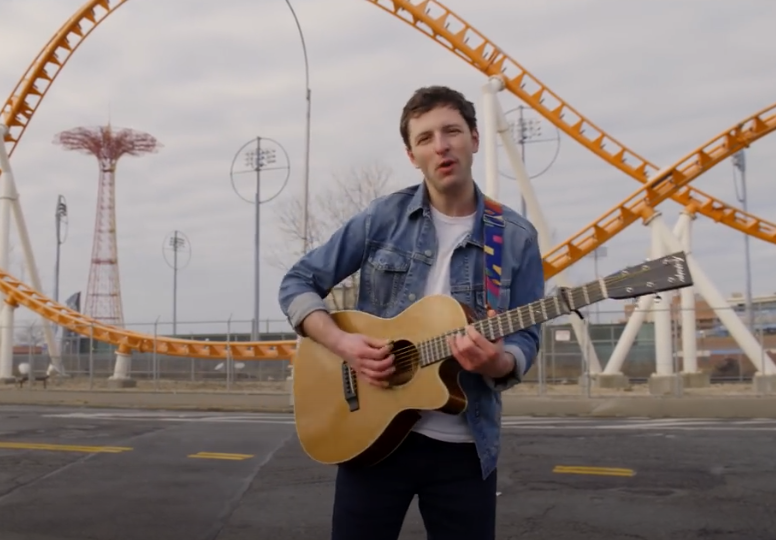 Singer, Songwriter and Columbia University Alumnus Zach Heckendorf has selected NJ for his next stop on his 50 States Livestream Summer Concert Tour and has decided to partner with the Columbia University Club of NJ for a private virtual concert for fellow alumni.
Presented By: 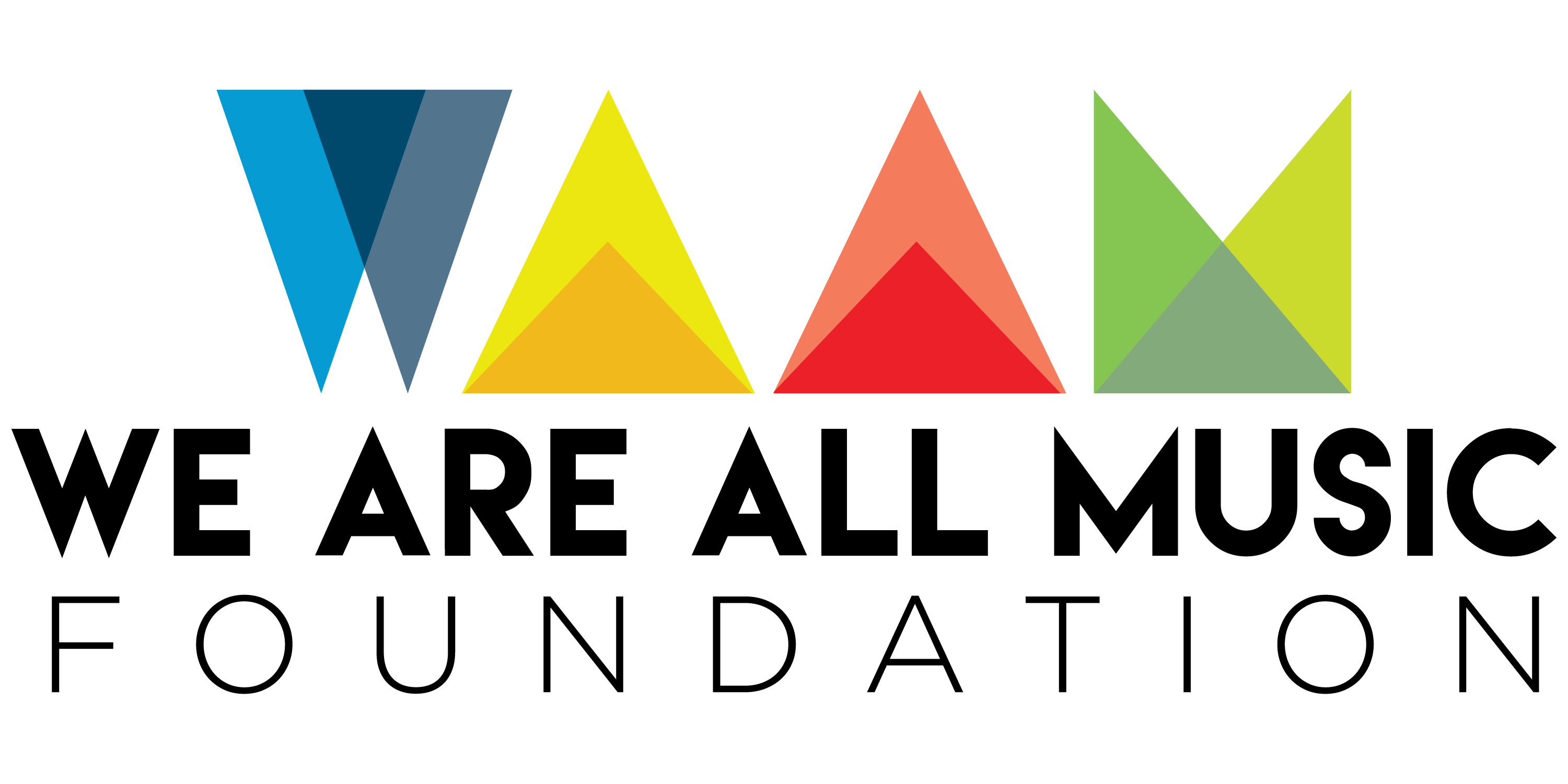 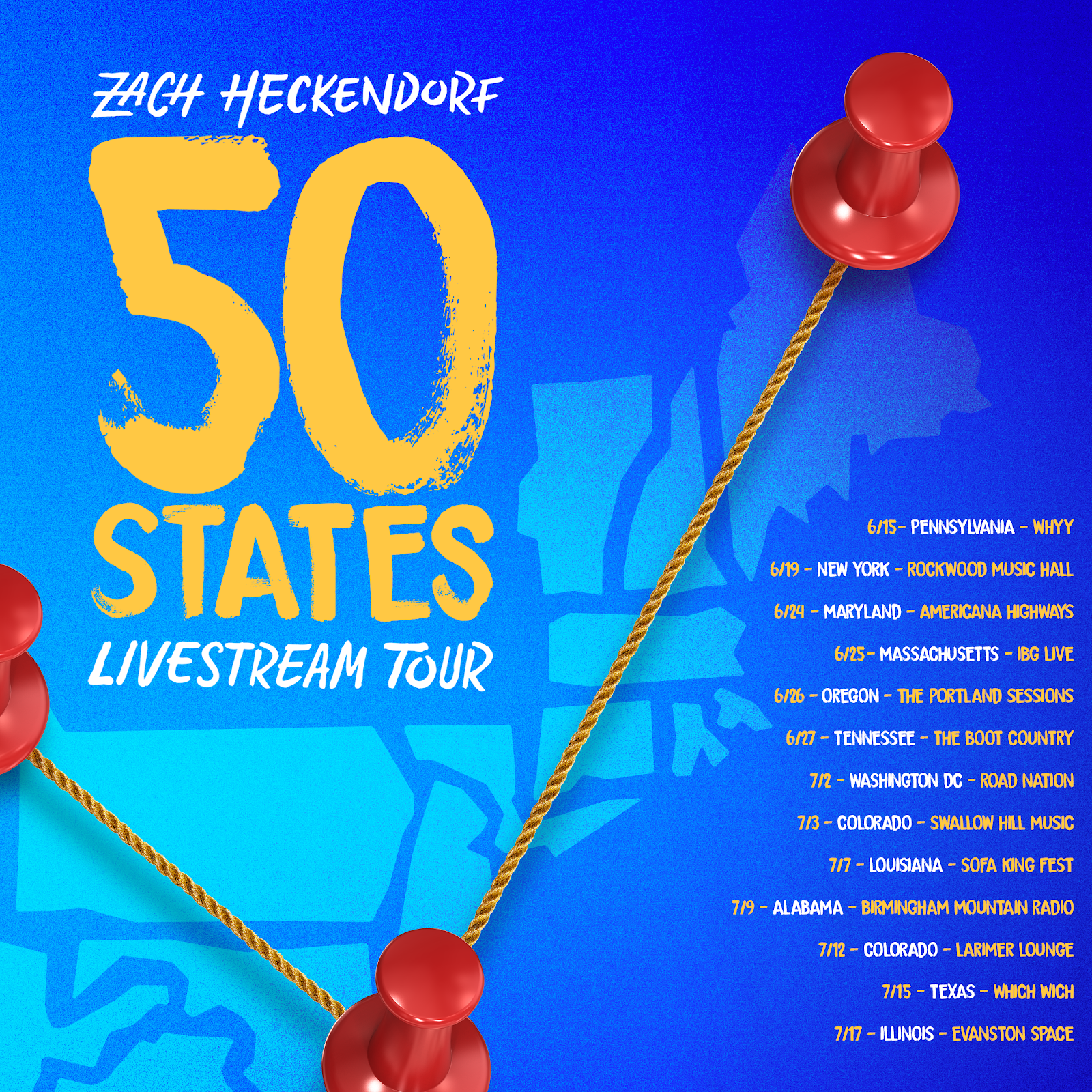 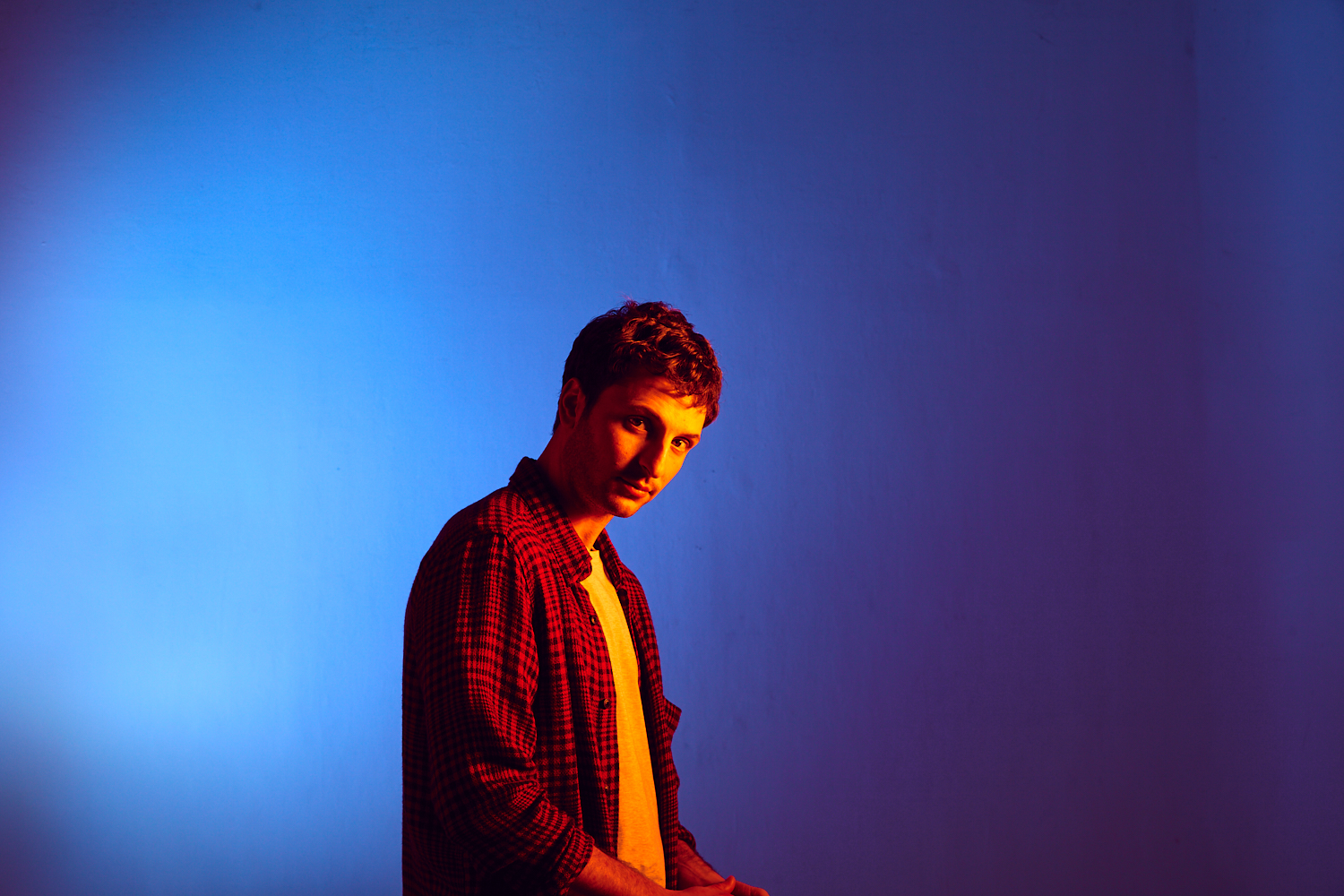 “Up” is an irresistible song that Westword said, “falls into the Ed Sheeran, Lewis Capaldi school of pop -
the stuff of earnest young men with big feelings, singing danceable songs with catchy hooks.” 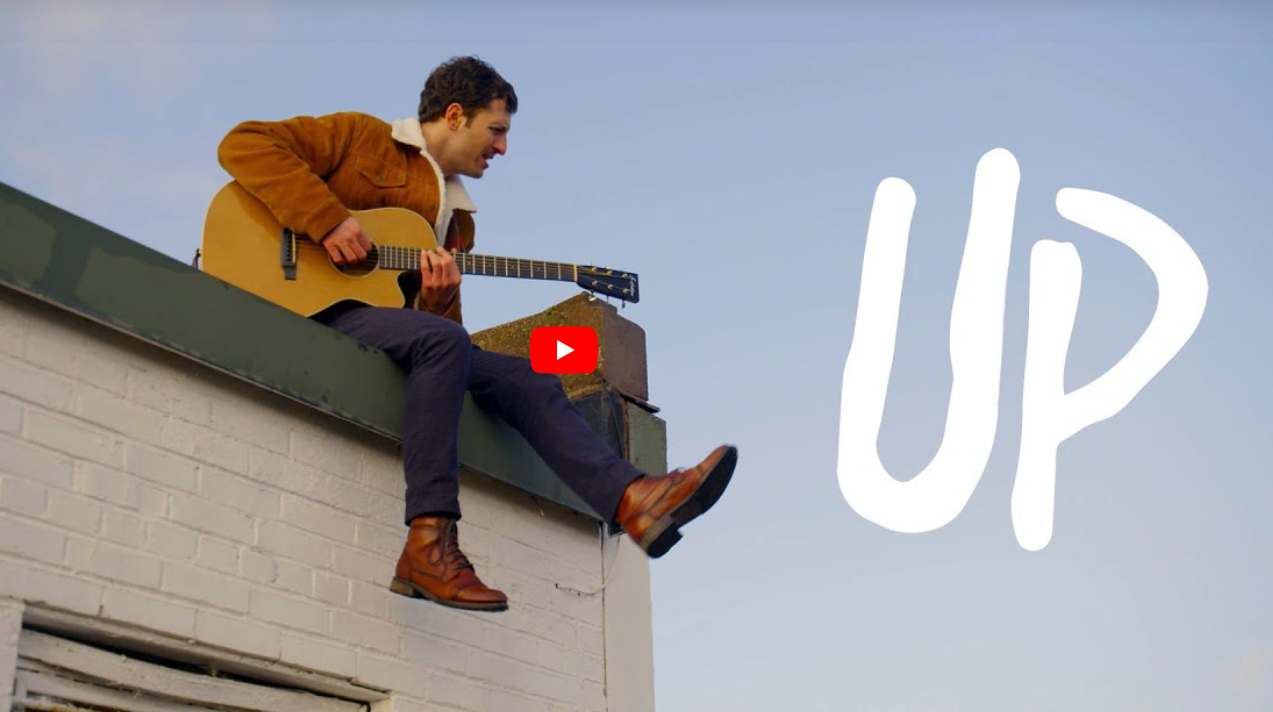 Watch the “Up” Music Video: https://www.youtube.com/watch?v=c5dFJ3fywWo 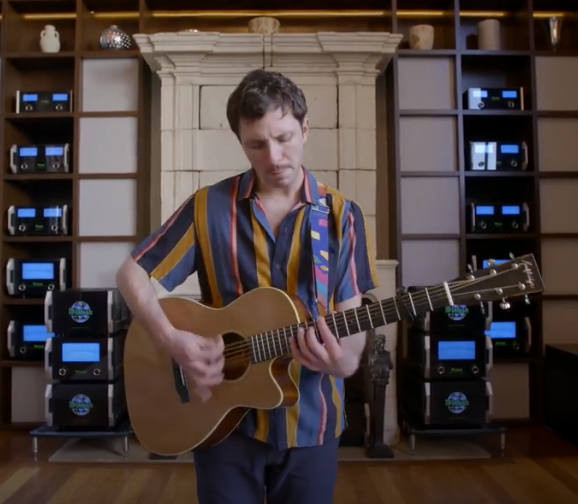 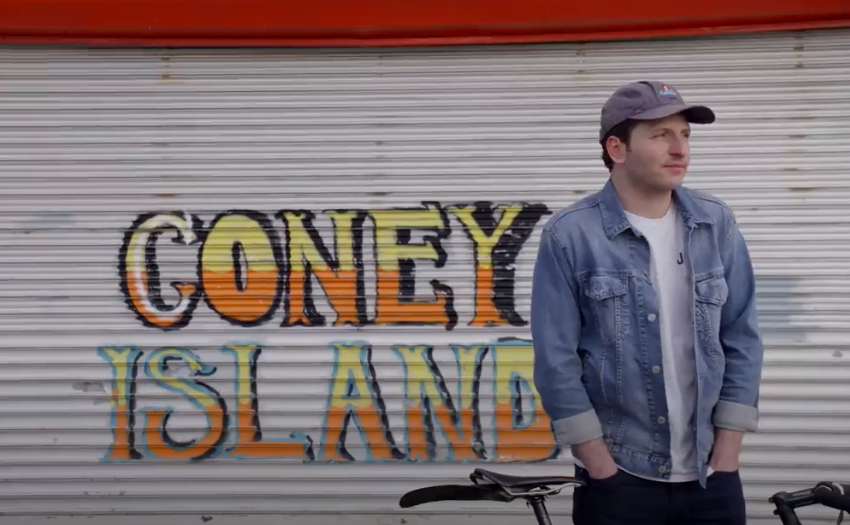 Zach's record label, Missing Piece Records, is led by Columbia University alumnus Michael Krumper.
Michael will be presenting a brief overview of his experience in the music industry and in his current role and work with Zach. 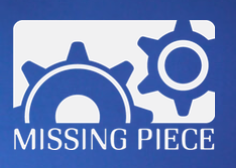 Our event sponsor, the We Are All Music Foundation, will be presenting an overview of the good work they are doing with leading music charities across the country to change lives. 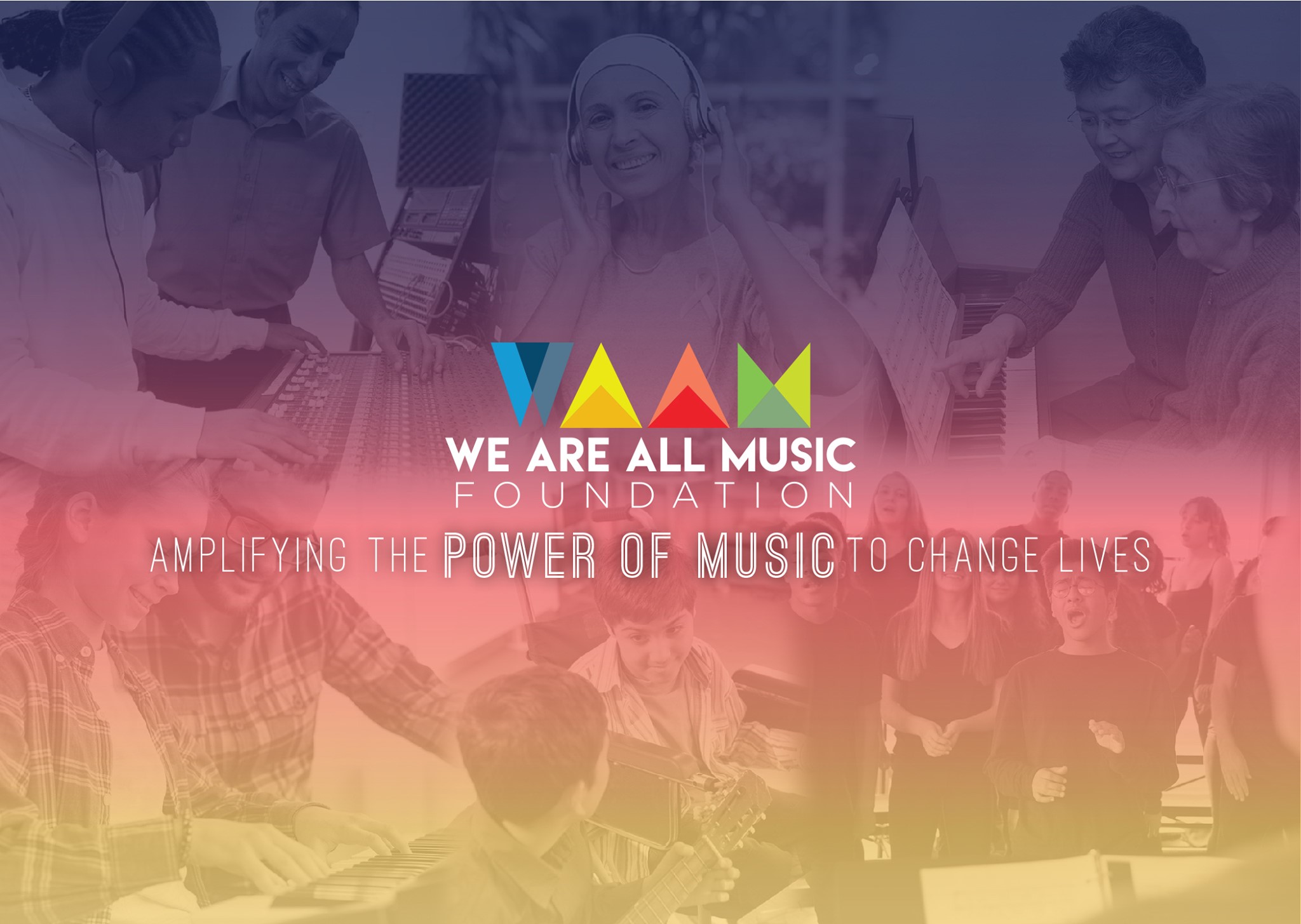 YOU MUST REGISTER to get the link and password to this event, so please RSVP Now to get on the list. 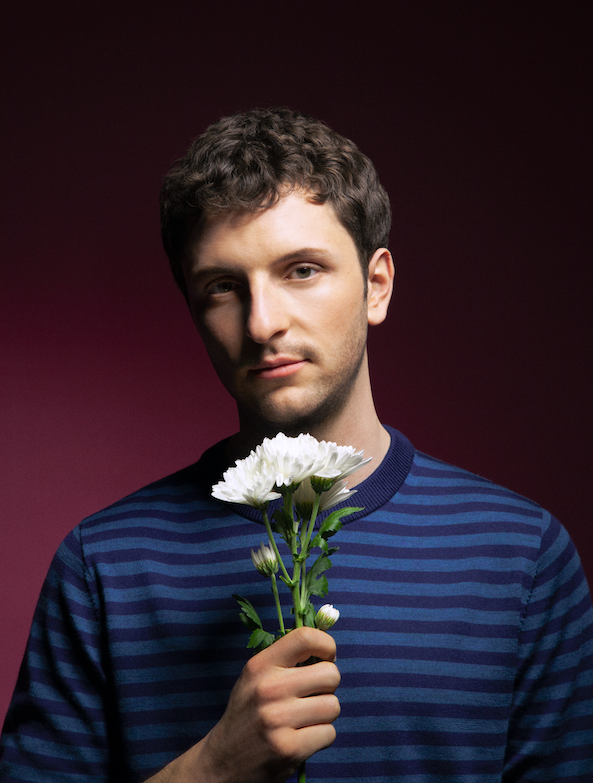 Zach Heckendorf started playing the guitar and writing songs as a 10 year old growing up in Denver, Colorado (he wrote his first composition about the Great Depression while in fourth grade). With school friends, he played in rock bands, but by his mid-teens he was playing local shows, both solo and with rhythm sections. At 16, he released his first recording, an eponymous EP, that “blew things up for me in Denver.” By the time college beckoned at 18, Heckendorf was offered a deal with Republic Records, so he put his studies on hold.

Heckendorf’s style and sound underscores his omnivorous musical tastes and influences. His fluid, contrapuntal guitar playing draws from years cutting his teeth on the work of Jack Johnson and Jose Gonzalez. “When I started out, I played a lot of solo shows, so I had to be my own one-man band,” Heckendorf explains. But he also has the edginess and tuneful sensibilities of pop-punk bands he grew up on: Blink-182, Green Day, and Sum 41. “They were the big ones for me when I was a teenager, so they’re in my blood.”

Lyrically, his work offers a treasure of feelings – there’s both keen observation and heartfelt introspection – that recalls master songwriters like James Taylor, Paul Simon and Carole King. Yet Heckendorf explains that he draws inspiration from hip-hop artists like Kendrick Lamar, Jay-Z and Aesop Rock (whom he’s been known to cover onstage). “I soaked up songcraft from classic artists because they’re in the air, but these days I think that the best poets are in hip-hop,” he says. “So while my music can play in the pop space, lyrically I’m coming from the complexity of hip-hop.” He also counts himself a fan of Charlie XCX, Billie Eilish and her brother Finneas. “They’re making some of the best intelligent pop these days.”

Since releasing his self-titled debut album at age 16, Heckendorf has released a series of critical and fan-favorites: The Cool Down, Speed Checked by Aircraft, Artifacts and an EP titled Up. He’s toured the U.S. extensively as a headliner and has supported artists such as Rodrigo y Gabriela, John Butler Trio and Rogue Wave as well as Michael Franti and Spearhead at Red Rocks Amphitheater. He currently resides in Brooklyn, NY and is busy promoting the release of his single "Up" from his new album launched in 2020. 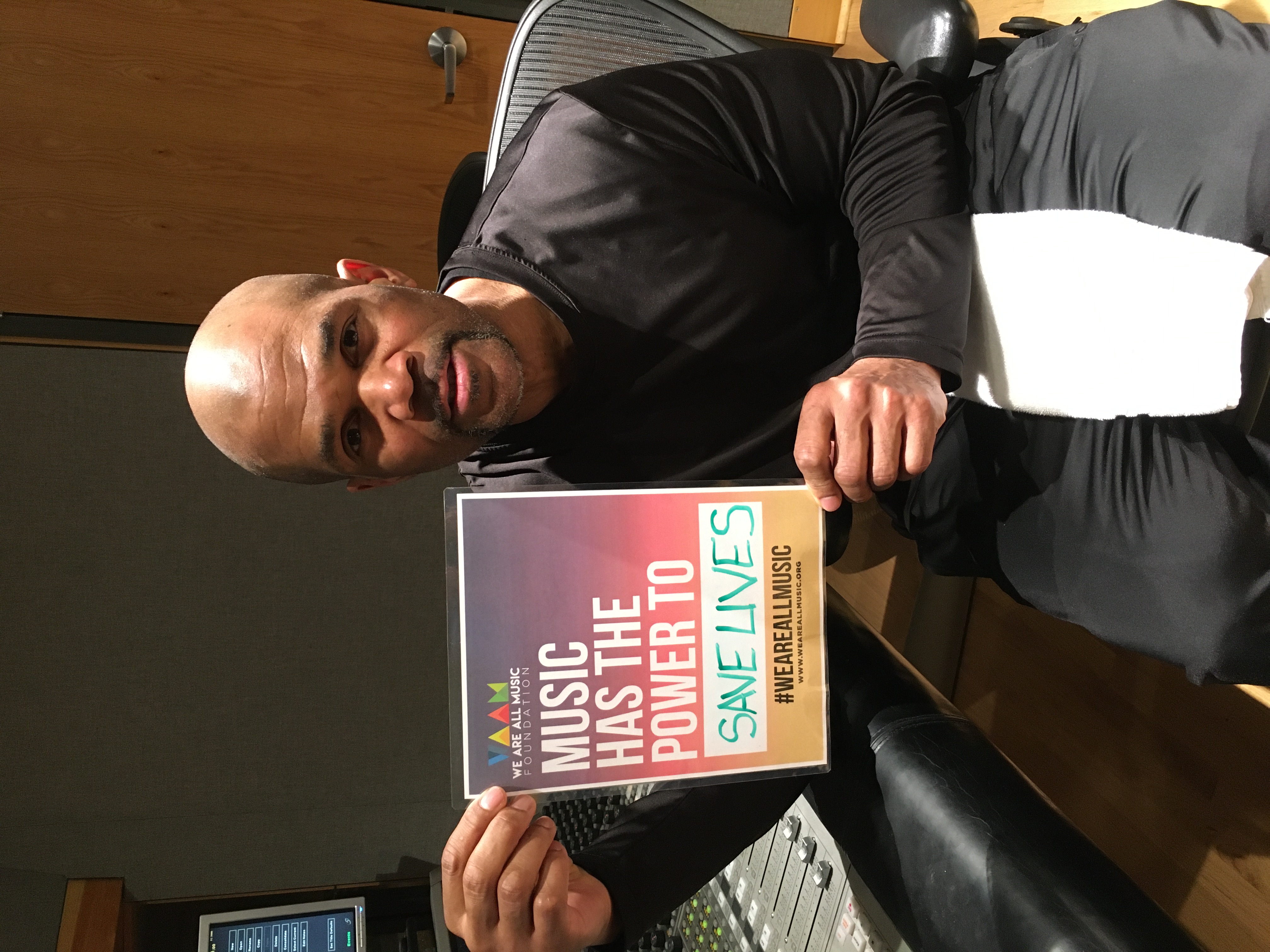 The We Are All Music Foundation (WAAM) was founded in Montclair, NJ in 2018 by a group of driven music professionals, media executives, nonprofit leaders and entrepreneurs who believe that Music Has The POWER to Change Lives.  WAAM's Mission is to provide meaningful financial support to the most impactful nonprofit organizations that use the power of music to improve lives and benefit society.  Out of the thousands of music related nonprofits that exist, WAAM actively seeks the “best-in-class” nonprofits across education, health & wellness and underserved communities and give significant financial support to the most deserving.  WAAM provides grants via a thorough proprietary vetting, tracking and reporting system to create transparency and accountability of their grant investments.  They carefully evaluate an organization’s impact on society, removing the challenge of selecting a trusted music charity and ensuring that the funds go to the most impactful organizations.  By applying this innovative approach, WAAM guarantees the most effective use of the grant funds allocated to a group of hand-selected music nonprofits.  WAAM develops collaborative initiatives with each nonprofit selected to help them succeed in their mission.

To learn more, give back and get involved, please visit: https://weareallmusic.org