“Within the rectilinear boundaries of 114th Street and 120th Street, of Broadway and Morningside Drive, there is a peaceful oasis of the life of the mind, defiantly independent of the surrounding marketplace racket of Manhattan. The best things of the moment were outside the rectangle of Columbia; the best things of all human history and thought were inside. If only you had the sense, you could spend four years in an unforgettably exciting and improving alternation between two realms of magic. That doubled magic is lasting me a lifetime. All my writings such as they are trace back in once sense or another to my four years at Columbia.” 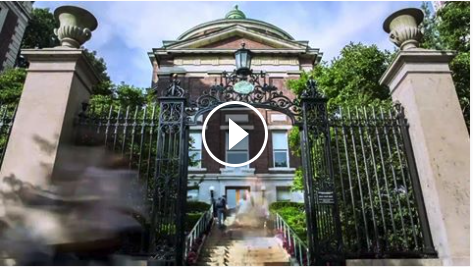